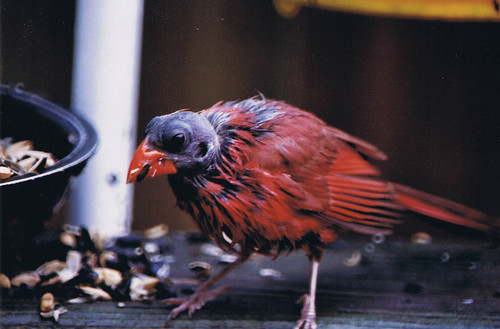 It looks like we're going to have to lay claim to April 4th (Friday) for the Aries Bash. Too many 'church' events are popping up on Saturday.

Shakespeare seems to have interest but not any definite info yet.

Yesterday the Sioux nation dropped a bomb on the United States that more than decimated a 5 state area in the northern central plains. It pretty much destroyed Nebraska, took away the famed Devil's Tower (from Close Encounters) and almost affected Iowa.

Let's look at what really happened.

A group of self-appointed representatives went to the US Secretary of State and said, "We're dissolving all US Treaties."
I assume they did this by invoking Article 15 of the Shadow Proclamation.

This is the Sioux Nation we're talking about. Crazy Horse, Little Big Horn, The defeat of Custer. Why not take them seriously? Why not believe this is real?

Well, when you hear a story like this, you initially want to believe it. Assuming you're not a diehard abortion-doctor-killin', flag-burner-ass-whumpin', love-our-troops-least-til-they-come-home-then-ignore-'em, red-white-and-blue-bleedin' "AMER'CN"! If you have a shred of open-mindedness, you dream of a place of freedom from the government which you and mostly everyone you know has lost faith in. Bully for the Native (no longer) Americans

I hear a story like this and I want to get the details. I mean... this is the kind of thing that makes most groups kind of shudder. I spent years in the SCA hearing the horror stories about the size of the files that the FBI had on the group because the SCA was the largest freestanding militia not under any country's direct control. One day we might rise up and take on the US and could potentially destroy their army with our foils and rattan sticks. Personally, I thought it'd be Kit's talent for eating strawberries. He could make a straight man give pause. (Yes, this last bit is an obscure reference that probably no one will get)

But back to the Sioux... or the Lakhota... or more properly to Russell Means. On December 20, 2007, Means announced the withdrawal of the Lakota Sioux from all treaties with the US Gov't. He made claim to a slightly larger than previously established land area.

My personal opinion is that this move could be horribly damaging to the Sioux. The US will probably ignore this as an internal affair. This could be viewed as an attempted political coup. Unfortunately with the track record of his own nation not supporting him, Means will probably not have much support. Either Means will quietly go away and the Sioux will try to remove the egg from their face, or Means' supporters will rally leading to a possible fracture, schism, or split of the Sioux Nation, making it inevitably...even less of a threat to the US.

To put it in simpler terms: If the Secretary of the SCA stood up and said, "Today we are independent of the US. Pennsic's lands are ours. Come live in our world.".. it would do little more than get the person thrown out on their ear.

My predictions:
41% Sioux Nation ignores it
32% Sioux Nation makes PR statement denying it.
25% Means makes more statements of grandiosity and then see previous two predictions.
2% Sioux nation backs Means. Then there will be another post or 20.

One final note... In researching this I have found two different spellings: Lakota and Lakhota. I'd like an official statement on this before I apply for my passport.

Intimate Fire has events scheduled for this quarter (Jan - Mar)

All events are free, donations are welcome. First timers are warmly welcomed.

Intimate Fire is a group of O.T.O. initiates in the northeast Puget Sound region of Washington state, working towards becoming chartered as a recognized local body of Ordo Templi Orientis (O.T.O.). We hold classes, discussions, and rituals, with the intent of exploring the philosophy of Thelema and facilitating and supporting our work as practicing ceremonial magicians.

Let there be a feast for life!

(sleepy from coding until far too late last night)

See, if your birthday falls on February 29, then you really only age one year out of every 4.

So I didn't age this morning.

There may be those on the east coast who disagree with me on this ;)

2 more posts tomorrow I hope
Weird sudden spontaneous sickness on the 2nd
and a thrilling sole to sole (sic) conversation.

Note the latter will fall under my S&F filter.

And if you haven't done the poll yet, please do that ;)
Collapse